Save Money on Electricity with Solar Energy

Solar panels generate energy, and energy is worth money. How much money depends on the photovoltaic potential in your area and the rate your utility charges for electricity. Here in Alberta, that can add up to a tidy sum.

The Alberta Government Utilities Consumer Advocate previously published historical data on electricity rates in Alberta. A 10-year summary of regulated rates (2006-2015) for Calgary and Edmonton showed the value of the electricity a 6 kW rooftop installation — the most common system on a single-family home — would have generated during this period.

The following chart provides a visual representation of this data. 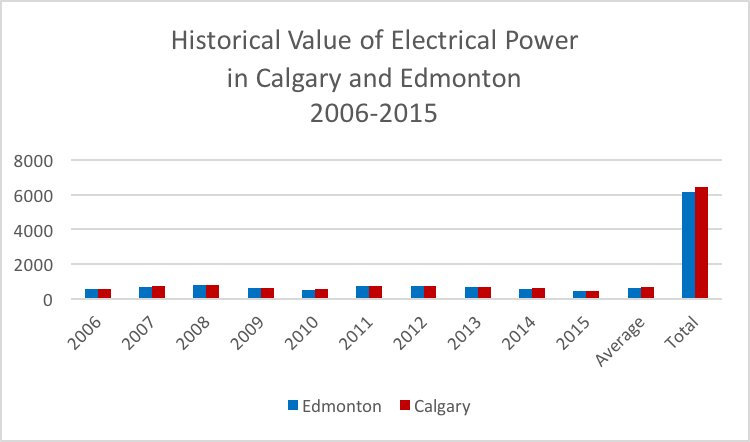